International Translation Day: CHEERS TO US!

It's the Final Countdown!!!
Ah, September... tHe month for the purest revival of the deepest-rooted sensations. Springtime; Student's Day; one of my most beloved teachers' birthday; my own conciliation with the weather forecast and my light clothes... September, the month when everything seems to point to celebration and a pre-view of what summer may turn to be like. September stands, as well, and not to say the least, for International Translation Day. Wh—when? How come you still ignore it, you dumbass? On the 30th, of course. Nothing much, you call it? Ha! YOU. BET.
••••••••••••••••••••••••••••••••••••••••••••••••
What a lark, what a plounge! I can still remember those lines from Virginia Woolf's Mrs Dalloway. The funny thing is, I don't think I really know what "lark" and "plounge" exactly come to stand for, for I never checked those melliflous-like sounding words in the dictionary. And yet, I can still remember our Literature teacher's explanation, or, rather, the picture I myself associated with her explanation: the beach, some sort of bird flying around, the beach, the wind, the sea, the waves... Peace, serenity, and... the beach. If that is truly what Woolf meant by that exclamation, then I am satisfied: I have not quoted her in vain. But, in any case, she can hardly reject my associating her words with the season. No, refusals and rejections could all come from anyone but she; she, who mastered free associations like few have in literature! So... where was I? Awe, yes, "what a lark, what a plounge!"

SPECIAL ANNOUNCEMENTS
(NO DISCOUNTS, NO REFUNDS)
For a piece of history as how it came about that September 30th was set to be International Translation Day, just go click on some Google extra result. You won't find any of it here!

Oh, you again... [There's this old me warning me that I should open up a whole new section fot this kind of writing, somehting that'd go like, I dunno, "ABSOLUTELY INFORMAL SECTOR" or sth. like that].
Now, seriously. September 30th is not a date to be forgotten. It may be your aunt's birthday, or just another crazy Friday, but if there is one thing to consider first and foremost, one above all, then that is the fact—and a fact it is—that it is Translation Day—or, rather, as most like to put it, Translators' Day.
Come on, get yourself going! Go am' buy some nice present for your friend, your daughter, your sister, your cousin, your... self? No, not a book, not yet another book... Though, if you ask me, I'd be very much pleased with a book, Mr.X. Just... a little something—Stop clobbering, you clod. That's another free association... Y'know, I just decided that if this is going to be my prime article as a translator about Translators' Day (last year when I wrote one in Spanish I was sitll a student!), then I am going to feel free to include as many free associations related to my former course of studies in Translation as I like. So, no rules. Virginia Woolf, you set the rules, and that means... Stream-of-consciousness technique takes power! Yahoooooooooooooo!
••••••••••••••••••••••••••••••••••••••••••••••••
TRANSLATION: Makes History and Marks Twain
One thing I have recently become aware of—or fully aware of, rather, because deep inside you know it beforehand— is that Translation constantly surrounds us. I'm giving a peek at The Song of Roland's and the Odyssey and even if you come to consider Beowulf, She is everywhere you turn, everywhere you go, anywhere you read, or even try listening. Consider this: how did you ever become familiar with half your library at home? How many truly originals do you shelf in it? What was your first verison of your favourite classic? How have you managed to get what the guy in black was gabbling in that conference about global warming you went to last month? And how on Earth do you think you managed to read and understand that awful guide to using an MP4, or a digital cam, or whatever technology cub you have purchased as of late?  Surely enough, the answer will be due to TRANSLATION: either a translator or an interpreter was there, mediating for you, creating a safer path for effective communication. And what a relief that is—it means I still have a chance of thinking myself useful and getting further jobs in the future!
As far as taking Translation as a career for life, there may still be some skeptical people who deem it not worth it, or people who claim that automatic translation systems can work wonders for their needs.
Although I could try a full-length response to these claims, it was not my original aim in writing this brief article to actually point out the few arguments I could pose against pride, prejudice and sensibility. However, because I am already writing and because I think there is a future awaiting us, the translation community, I must say but two things: a human translator will still be necessary; and, a human translator will not only be necessary but essential.
YOU, Robot... WE, humans
There is the latest trend, paying ceaseless homage to lifeless translators online, the latest in hype... No offense meant, but human translators, even when they make full use of CAT tools, they rely on something which no Web 2.0 can ever come to equal—unless any those sci-fi dystopias comes true and machines eventually turn out to think and feel and think as we humans do.
We humans are gifted with the ability to create, to think pro-actively and yes, invent, imagine, make sense out of an utterance full of idioms in a way a machine is far from getting. We humans possess such a degree of subjectivity that it keeps constantly interfering with whatever we produce, and if we produce a translation, then it is also there.
We humans can be said to be unique in our species despite countless similarities with other living breeds because we have our creativity. And I am not saying this just to boast about us as a wow, "the" species, I am only saying it to point out that no matter how good a machine- translator may be—and there are some surprisingly, mysteriously though limitedly "trustworthy"— anyway, even those texts that have been translated by a machine need to be thoroughly examined, revised and edited by, aha! Humans.
(Don't go so far as to take me as seriously as this piece goes... Perhaps my latter reflection is rooted in the fact that I've been re-visiting Noam Chomsky's Managua Conferences, but, honestly, it can't take much to realise that creativity is to humankind our truly core feature. And when I say 'human' the term doesn't escape translators, mind you, who wanted or not, are still nevertheless human. And necessary!)
On Treachery...
To call a translator a traitor may sound all very well in terms of the modern trend of alliterative revival. But in order to be more graphic I prefer to call them (us) mere murderers. In fact, I keep spurring on every colleague to become one on principle, our principle allegedly being that without murdering the original one can never truly give birth to its apparent clon, nor digest it and produce a nice outcome in the TL (target language). So, go ahead, do bite up, chew, assimilate, digest and—nope, I think I'd better come to a halt with this extensive metaphor, it wouldn't read tasty to write the word "defecate" or "excrete." Oh, I just did. Well, it happens, never mind, bet you get the idea... And that's what counts, isn't it, in Translation as well?
•••••••••••••••••••••••••••••••••••••••••••••••• 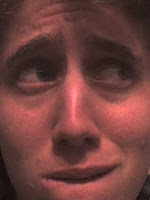 Translators are well-known for their meticulous and obsessive truck with languages in general. If you're a translator, you must've experienced the feelings attemtped to convey in the below typed lines. Now all you have to do is read, not really think that much and (pretend you) enjoy them!!! As I often say, EAT & ENJOY!

It's TIME! Conquer your Pride over Prejudice as to what being a translator can sometimes feel like!

1.IN CONVERSATION WITH YOUR PALS, CASUALLY USING A STRUCTURE YOU'VE LITERALLY TRANSPLANTED FROM A SL AND GETTING ALL EYES ON...

2.AT MAKING OUR FRIEND FEEL A LITTLE IMPATIENT...

3.AT TRYING TO GUESS THE MEANING OF A PUZZLING GESTURE...

4.AT NIBBLING FOR THOUGHT AFTER A TOUGH DAY'S WORK...

5.AT GETTING STUCK TRYING TO FIND THE EXACT WORD...

F.— Just turn over a new leaf and get over it!
T.— I've turned thousands of this b#%/— dictionary! D'you think  the next page might change my luck? ◘◘◘

DISCLAIMER: IF YOU ENJOYED THIS ARTICLE OR ANY ON THIS WEBSTIE, DON'T BE SO MEAN AS NOT TO COMMENT ON IT! LOL. NO COMMENTS ON THE QUALITY, QUANTITY OR QUIZZICALITY OF THE PICTURES EMBEDDED, PLEASE. THANK YOU. (CHEERS TO U!) 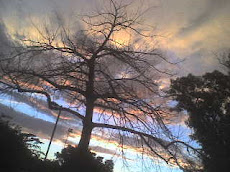